Why do we still love the same old nursery rhymes?

By Dr. Julie Coultas
Song is a tradition which has been present in almost all human civilisations and used to share information and re-tell history since prehistoric times. Typically, nursery rhymes serve the same purpose. And like ancient song, many nursery rhymes have been passed on from parent to child from generation to generation.

‘Round and round the garden, like a teddy bear; one step, two steps, tickle you under there!’

Round and Round the Garden has its roots in the 1940s, and I have vivid memories of reciting it to my children. And now, in 2014, I have the pleasure of singing it with my grandchildren and dispensing the same tickles as so many others have done for almost three-quarters of a century.

Babies love repetition and interaction with their parents or caregivers, and nursery rhymes are an ideal way to interact using words and actions. At six to seven months of age, a baby is just beginning to babble. Babies babble before they talk to prepare for the world of communication and conversation. Interactions with babies at this age often involve parents and caregivers babbling back when their babies start to mouth sounds, for instance: ‘ba, ba, ba’. This is an important stage in vocal development and significance is placed upon the rhythm of the communication, rather than the content. The point when babies start babbling is therefore an ideal time to start reciting nursery rhymes.

Research has shown that there is a link between early language play and later reading skills in children. Many nursery rhymes contain alliteration, where there is play with words with the same first letter e.g. ‘baa, baa, black sheep’. Interestingly, as you may have noticed, Baa, Baa, Black Sheep also plays upon the first babbling sounds that babies make.

Another frequent element of nursery rhymes is repetition. Examples of repetition in nursery rhymes include The Wheels on the Bus and Row, Row, Row Your Boat. Parents often find themselves repeating the actions as well as singing the rhyme. Repetition is important for baby’s cognitive and language development.

As VTech’s developmental expert, I attend The Baby Show twice a year, where I get the opportunity to respond to parents’ questions about play and development. The two most frequent questions are ‘am I doing enough for my baby?’ and ‘how can I play with my young baby?’ My advice is always that parental investment is about spending time interacting with your baby. What parents often don’t realise is that a great deal of seemingly ordinary time is spent is in playful interaction with babies, such as in the singing of nursery rhymes while changing a nappy.

Parents come to the VTech stand to ask for my advice, but I also listen to what parents have to tell me about their children. At the 2011 Baby Show, I conducted a short survey asking parents about favourite nursery rhymes and songs. Since then I have surveyed hundreds of parents about rhymes: what they sing to their babies; which ones they remember from their childhood; and why a particular nursery rhyme is their favourite. The most popular is Twinkle, Twinkle Little Star, with Row, Row, Row Your Boat and Wind the Bobbin following closely behind. The common element in these three nursery rhymes is that they are action rhymes. Parents told me that why these were their favourites was because they were ‘easy and catchy’, ‘short and sweet’ and ‘you’ve got actions’.

Nursery rhymes with actions are a playful way for parents and caregivers to have fun whilst at the same time supporting their baby’s language development. 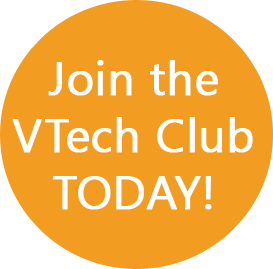 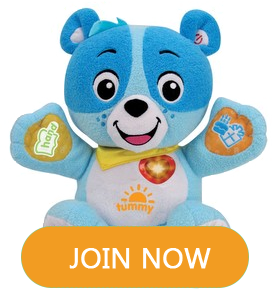